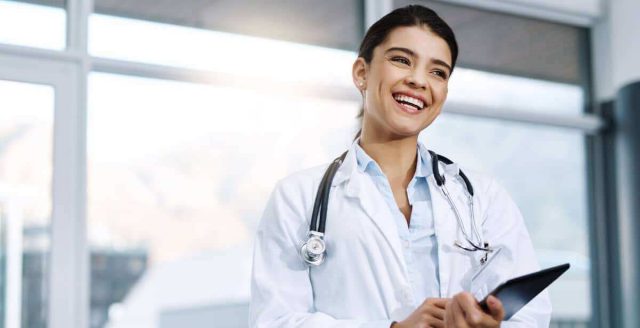 In 2010, the Institute of Medicine (IOM) appointed the Committee on the Future of Nursing to put together recommendations for an action-oriented response to some of the challenges being faced by nurses.

One of their key recommendations was to increase the percentage of workers holding a BSN degree from 50 to 80% by 2020. In 2018, New York became the first state to pass a law requiring nurses to earn a BSN within 10 years of becoming licensed. Many other states have plans to adopt similar legislation.

In light of these changes, and in the face of the ongoing Covid-19 pandemic, the motivation for nurses to pursue higher education is stronger than ever. Online nursing degree programs provide a way for nurses to obtain a degree while continuing to work full-time, opening the door to higher education without the need to sacrifice work-related responsibilities or family obligations.

Recent research from the Association of American Medical Colleges found that the United States could face a shortage of up to 55,200 primary care physicians by 2032, due in part to a growing, aging population.

As a further response to the primary care physician shortage, more states should begin to grant Nurse Practitioners the authority to practice independently. Currently, 26 states and U.S. territories grant nurse practitioners full practice authority, while other states require collaborative agreement with a supervising physician or have restrictions on practice.

Given the pressing need for primary care providers and the fact that both the National Academy of Medicine and the National Council of State Boards of Nursing recommend that states provide NPs full practice authority, there are increasing pressures on the remaining states to follow suit.

The numbers are clear: both in the U.S. and globally, there is a shortage of Registered Nurses that is expected to intensify as the Baby Boomer population ages, the need for care providers grows and health care workers continue to combat COVID-19.

The nursing shortage has only intensified due to the COVID-19 pandemic as hospitals and other health care environments struggle under unprecedented patient loads.

Even pre-COVID, the Bureau of Labor Statistics had projected Registered Nursing to be one of the top occupations for job growth through 2028, expected to grow by 12% (much faster than average), and reported 371,500 new RN jobs will be added by the year 2028.

Despite the fact that COVID-19 has had a terrible impact on hospital finances, nurses surveyed by the American Nurse Journal report that they have continued to receive salary increases. It comes as no surprise, then, that the U.S. News & World Report ranked RN as #13 (up from #19 in 2019) on its list of 100 Best Jobs of 2020, and ranked Nurse Practitioner as #5 (up from #7).

Another 2021 nursing trend we expect to see is growth in the number of nurses pursuing higher education.

As mentioned above, the Institute of Medicine set a goal in 2010 of achieving an 80% BSN-holding nursing workforce by 2020. That same report also called to double the number of nurses with a doctoral degree by 2020.

Between 2010 and 2018, the number of employed nurses with a bachelor’s degree or higher in nursing increased by 8%.

The number of graduates from RN-to-BSN programs and doctoral programs rose every year from 2009 to 2018.

The number of employed nurses with a doctorate more than tripled from 2010 to 2018.

Several independent studies have shown that an increase in the number of RNs holding at least a BSN degree decreases the risk of patient mortality. With such strong evidence that more education leads to better patient outcomes and nursing degrees trending upward, expect higher education to become the norm for Registered Nurses moving into 2021 and beyond.

Telehealth visits in March 2020 increased by 154% year-over-year. The coronavirus pandemic has accelerated the need for virtual health care. That’s why we predict telehealth and chatbot services will continue to be the norm in some aspects of the nurse’s role in 2021.

With telehealth technology, patients can manage certain aspects of their own health care by accessing an online portal to see their test results, schedule appointments and request prescription refills. Virtual appointments enable them to see their nurse or doctor via live video feed.

The U.S. population is becoming increasingly diverse. A 2015 report by the U.S. Census Bureau reported that at least 350 languages are spoken in American homes.

Next to English, Spanish is the most widely spoken language in the United States. An estimated 40 million U.S. residents, or 13% of the population, speak Spanish at home.

Bilingualism is becoming increasingly valued as a skill for nurses to have. Nurses who speak a second language, especially Spanish, may be more attractive to employers than monolingual nurses in 2021.

Nurses today are expected to specialize, and this is a trend that will only continue in 2021.

Nursing is a career where there is greater demand at higher levels of practice than the lower ones. Nurses who choose to specialize find that they are in higher demand and can often command higher salaries.

The U.S. Bureau of Labor Statistics (BLS) reports that Registered Nurses have a median salary of $73,300 and a projected job growth of 7% between 2019 and 2029. But Nurse Practitioners will enjoy even brighter prospects for employment and salary. According to BLS, they earn a median annual wage of $109,820 and their employment will grow by 52%.

From family health to psychiatry, there are many advanced specialties that nurses can choose to focus their career on in 2021.

10.The proportion of male nurses will rise.

Nursing remains a female-dominated profession, but slowly that is beginning to change. The American Association for Men in Nursing continues to advocate for greater numbers of men in nursing programs throughout the United States and the world.

Since 1960, there has been a clear trend toward increasing numbers of male nurses. The share of nurses who are male went up from 2.2% in 1960 to 12% in 2019. As stigma fades and more men realize the benefits of a career in nursing, we expect the proportion of male nurses to increase.