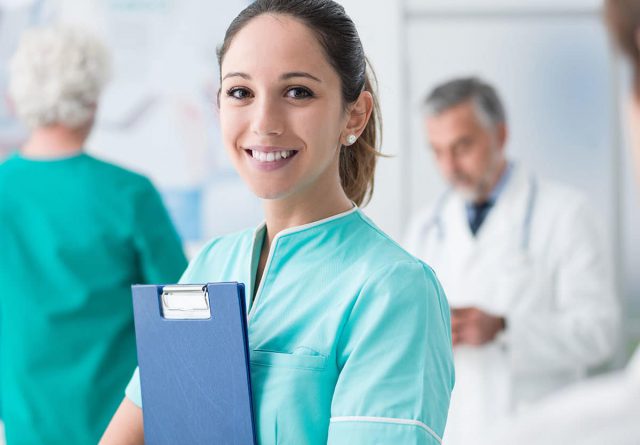 Today we honor our nurses! National Nurses Week begins on May 6 with National Nurses Day and culminates with International Nurses Day on May 12. We can’t think of a more appropriate time to say thank you to nurses and all medical professionals and support teams-for their tireless efforts to keep all of us safe and health.

At the end of the 19th century, “The Lady With the Lamp”— or as she is more widely known, Florence Nightingale — founded modern nursing. Thanks to her strict use of hand-washing and hygiene practices while caring for wounded soldiers in the Crimean War, Nightingale and her helpers reduced the death rate from 42% to 2% — ushering in nursing as we know it today. On May 6, we recognize the important role nurses play in our lives by celebrating National Nurses Day.

National Nurses Day is the first day of National Nursing Week, which concludes on May 12, Florence Nightingale’s birthday. Yet the week was first observed in the US in October 1954 to mark the 100th anniversary of Nightingale’s pioneering work in Crimea.

In 1953, Dorothy Sutherland of the U.S. Department of Health, Education and Welfare sent a proposal to President Eisenhower asking him to proclaim a “Nurse Day” in October of the following year to coincide with the anniversary. Although the President didn’t act, the celebration was observed thanks to a bill sponsored by Representative Frances P. Bolton, and the following year a new bill was introduced to Congress lobbying for official recognition of the celebration.

Twenty years later, in February of 1974, President Nixon proclaimed a National Nurse Week to be celebrated annually in May. Over the next eight years, various nursing organizations including the American Nurses Association (ANA) rallied to support calls for a “National Recognition Day for Nurses” on May 6, which was eventually proclaimed by President Ronald Reagan in 1982.

With over 3 million working nurses in the US today, nurses make up the highest percentage of the US healthcare workforce. Although you might not imagine it, nurses are more likely to sustain a back injury on a shift than construction workers, and they walk an average of 5 kilometers per shift, as caring for others’ health is such an active job!

If you think nurses are only found in hospitals, then think again! The majority of registered nurses (59%) practice elsewhere, such as a nursing home or on home visits. They work across communities to keep people worldwide happy and healthy, and National Nurses Day is the perfect opportunity to show your appreciation for their important work!